The analysis of the relation between the social policies and the development of the society relies on evidences. Various macroeconomic indicators are considered, such as the Gross Domestic Product (GDP) and the Gross National Income (GNI), both at the current prices (CP) and at the Purchasing Power Parity (PPP). The analysis also considers the social expenditure and the impact of the social transfers on the population income, income inequality and poverty risk. This analysis addresses the EU member states where acceptable conditions exist in order to compare these indicators (because the differences between countries don’t lead to disparities), but the situation from the EU is also seen within the global context. The data have been selected from reports released by the World Bank, the United Nations Program for Development (UNDP) and the EU Statistical Institute (Eurostat). The results of the analysis show the existence of significant, even large, differences between the EU member states both regarding the macroeconomic indicators, and regarding the income, social expenditure and impact indicators. On the other hand, the analysis shows the role of the social policies in the development of the society through the benefits supplied by fields such as pensions, health care, education, family and children, dwelling. Thus, the developed EU countries usually allocate more for the social benefits, and those who do this also manage to alleviate the social inequities, compared to the countries which make less use of this public policies instrument. The mere allocation of important funds for social protection is obviously not enough, because the system must also be managed properly. Actually, some countries with modest material resources managed to produce favourable results in these fields, while both in the more or less developed countries in which the social transfers account for small proportions of the GDP, the income inequalities display a trend to be larger than in the first two categories of countries. 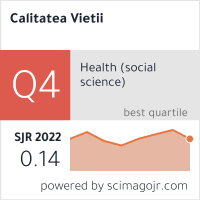